The penalty system for individuals could land you with a far higher liability to HMRC than necessary.

From the year ended 5 April 2011, a new system of penalties has been introduced. There is still an automatic penalty of £100 for filing of a Tax Return after the deadline.

Up to the 2009/10 tax year, however, penalties charged could not exceed your liability for a tax year. Under the new penalty system, the fine cannot be reduced, even if you have no tax liability.

There is an additional penalty of £10 per day for every day that the Tax Return is late over three months. The daily penalty continues for up to 90 days adding up to £900 to the fixed penalty of £100.

Once more than six months late a further penalty is added to the above of either £300 or 5% of the tax due, whichever is the greater. Once over 12 months late, HMRC have the power to impose a penalty of up to 100% of the tax outstanding.

The new penalties which will be issued after 31 January 2012 could be considerably higher than those which preceded them. 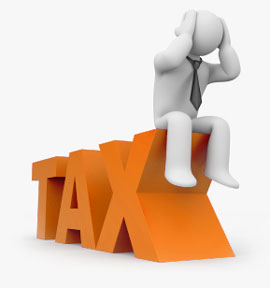 In certain cases, however, it may be too late to alter a determination to the actual tax due. You have four tax years in which to adjust your liability for an earlier year, and make a claim for Overpayment Relief. As such, HMRC may have made a determination relating to a tax year for which it is too late to send in a Tax Return.

Where the above applies, HMRC may allow Special Relief on account of the taxpayer's family bereavement or medical condition. Special Relief is not guaranteed and protracted to obtain. Where you have Tax Returns more than four years old, you are at real risk of being liable for an estimated liability much higher than the tax you would have owed.

Coman & Co can help you avoid the consequences of filing your Tax Return late. We are specialists in personal tax and aim to make the process of filing a Tax Return less daunting. We can: